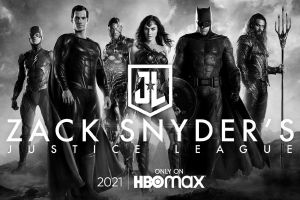 We’re still a whole-ass year and roughly $30 million in mid-pandemic tinkering away from Zack Snyder’s Justice League hitting HBO Max, but nothing’s gonna’ stop the filmmaker from doling out the teases now that his extremely gritty baby has been confirmed to the world. With HBO Max launching today, Snyder shared a new image of his big baddie, Darkseid, along with the caption “He’s coming…to HBO Max.”

Although Darkseid—arguably DC Comics’ biggest villain, a tyrant who rules the hell-planet Apokolips—never appeared in Joss Whedon‘s theatrical cut of Justice League, it’s long been rumored that Ray Porter (Bioshock 2) recorded voice work for the character. Soon after the Snyder Cut was confirmed for HBO, Porter also revealed that the rumors were true.

That said, and because I’ve been given permission…
Hi, I’m Ray. I played Darkseid in Zack Snyder’s “Justice League”.
There. It’s out now.

It’ll be interesting to see how the inclusion of Darkseid, a character mentioned once, in passing, in Whedon’s film, changes the structure of Justice League. The image shared by Snyder appears to be concept art at best, but it also…looks a lot like Steppenwolf (Ciaran Hinds), the villain that did make the Whedon Cut. One of the (many) problems with Justice League—and also a good handful of Marvel movies, honestly—is the fact its main antagonist is a big, bland CGI creation. Time will tell how much the Snyder Cut differs from what we already got, but it’d be a bummer if Darkseid was just a Steppenwolf who traded his horns for a kilt.

Check out the Darkseid image below.