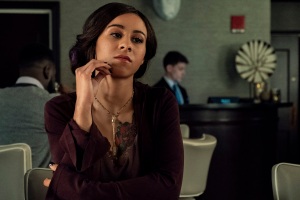 AMC has put a stake in NOS4A2.

The cabler has canceled the series, an adaptation of Joe Hill‘s 2013 novel, after two seasons. The news comes just over a week after what turned out to be the show’s final season wrapped on Aug. 23.

Showrunner Jami O’Brien shared the news on Twitter, writing, “Well friends, I heard from AMC last week. We won’t be making a 3rd season of NOS4A2. It’s a bummer, but I’m grateful we were at least able to finish adapting the storyline from Joe Hill‘s terrific novel.”

Linear ratings for NOS4A2 fell considerably in season two. The show averaged about 800,000 total viewers (including three days of delayed viewing) and 350,000 in AMC‘s key demographic of adults 25-54 for simulcasts on AMC and BBC America — about half as many viewers as watched the first season on AMC alone.

“Christmasland may live forever, but NOS4A2 will come to an end with the conclusion of season two,” AMC said in a statement. “We are so thankful to Jami O’Brien, Joe Hill and the entire cast and crew for two seasons of inspired, terrifying and thoroughly captivating and age-defying television. And thanks to the fans for climbing into the Wraith and coming along for the ride.”

NOS4A2 stars Ashleigh Cummings as Vic McQueen, a gifted young woman who discovers she has a supernatural ability to find lost things. Her ability puts her on a collision course with Charlie Manx (Zachary Quinto), an immortal who feeds on the souls of children and deposits what remains of them in Christmasland — a twisted place of Manx’s imagination where every day is Christmas and unhappiness is against the law. Vic tries to defeat Manx and rescue his victims without losing her mind or falling victim to him.