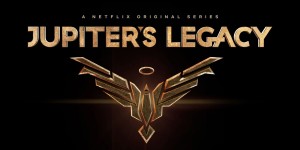 Netflix has released the briefest of teaser trailers for Jupiter’s Legacy, the streaming service’s upcoming superhero series based on the graphic novel by Mark Millar and illustrator Frank Quitely. While the teaser doesn’t include any actual footage outside some CGI cape flurrying, it does come with a release date—May 7, 2021—and some narration courtesy of Josh Duhamel‘s dulcet tones. Could be worse!

That fits with Jupiter’s Legacy storyline, which sees an older generation of costumed heroes looking to a younger class of superhumans to carry the load, only to meet a superpowered clash of ideals and methods. Word on the street is Netflix has gone all out for this one—which is saying something, given the streamer’s fleet of money dump trucks—and the result should be the type of superhero epic we’ve grown used to over the last decade. It makes sense for Netflix, too, which looks to build its own gargantuan MCU-ish franchise based on the works of Mark Millar and his “Millarworld.” If done right, Jupiter’s Legacy could be that stepping stone.

Check out the trailer below. Jupiter‘s Legacy, which is set to run for eight episodes, hits Netflix on May 7, 2021.

Here is the official synopsis for Jupiter’s Legacy:

After nearly a century of keeping mankind safe, the world’s first generation of superheroes must look to their children to continue the legacy. But tensions rise as the young superheroes, hungry to prove their worth, struggle to live up to their parents’ legendary public reputations — and exacting personal standards.