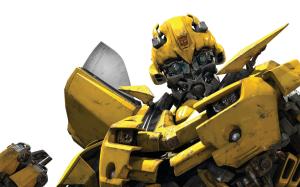 A new Transformers movie is in the works at Paramount from Angel Manuel Soto, the director of Charm City Kings and WB‘s upcoming Blue Beetle movie, and writer Marco Ramirez, who served as a writer on Netflix‘s Daredevil.

According to the Hollywood Reporter, the untitled project is expected to be a standalone that will be developed outside of the main Transformers universe, which will continue with a new film from Creed II director Stephen Caple Jr. that will be the seventh in the franchise following five Michael Bay movies and Travis Knight‘s spinoff Bumblebee.

Paramount has reportedly made a blind script deal with Ramirez for this standalone effort, and it’s still so early in the development process that the project doesn’t even have a producer, though longtime Transformers producer Lorenzo di Bonaventura is expected to be involved in some capacity, as will executives at Hasbro.

The studio intends to develop a range of Transformers projects — a new animated series is in the works at Nickelodeon, for example — and while the franchise will likely remain a draw on the big screen as more theaters reopen around America and the world at large, expect to see Paramount experiment with this IP, including but not limited to original programming on its nascent streaming service Paramount+.

Ramirez‘s TV credits include Sons of Anarchy, but it was his work on Daredevil — the best of Netflix‘s Marvel shows, mind you — that led to him becoming the co-creator and co-showrunner of Defenders, which paired all of Marvel‘s Netflix heroes including Luke Cage, Iron Fist, Jessica Jones and Daredevil.

While I’ve yet to see Charm City Kings, I heard nothing but good things out of Sundance, and now that Soto has booked two major jobs between Transformers and Blue Beetle, I’m thinking I just may have to finally check out his coming-of-age drama on HBO Max. It has clearly proved to be a strong calling card for the director, and it’s refreshing to see studios entrusting diverse storytellers with its most valued IP, as Hollywood only stands to benefit from its inclusion efforts.