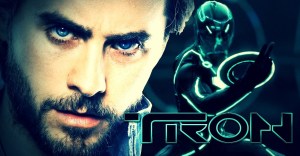 It’s been over a decade since audiences stepped foot into the world of Tron with the release of Tron: Legacy in 2010. Despite years of delays and pushback, it appears Disney is finally gearing up with a brand-new sequel titled Tron Ares, with Joachim Rønning in negotiations to direct the project, according to an exclusive report from Deadline.

Production on the film is expected to begin later this year in August in Vancouver, Canada, with Jared Leto expected to star and Jesse Wigutow penning the screenplay for the upcoming project. Alongside starring in the developing third installment, Leto also serves as a producer on the film alongside Justin Springer, Jeffrey Silver, and Emma Ludbrook, with Sean Bailey and Sam Dickerman attached as executive producers. Additional details on the upcoming movie, such as casting and plot information, will likely be revealed as it furthers into production later this year.

Rønning previously collaborated with Disney on several significant projects, such as Pirates of the Caribbean: Dead Men Tell No Tales, which he co-directed with Espen Sandberg, and Maleficent: Mistress of Evil. With the director potentially returning to the company to helm a brand-new Tron film, there is now plenty for fans to look forward to for the franchise’s future.

Initially released in 1982, the original Tron film pioneered the world of visual effects with its early use of computer-generated imagery, which now dominates the industry. After years of anticipation following its cult status, a long-awaited sequel, titled Tron: Legacy, finally beamed its way into theaters in 2010, this time in immersive 3D. Despite mixed reviews, the film earned over $400 million at the worldwide box office. Following the sequel’s release, speculation arose of a third installment in development, but despite early promising signs, the film never gained traction.

However, now with a director in talks to helm the long-gestating project, fans can finally rejoice in the return of the beloved universe. Should the upcoming sequel prove successful, perhaps new life can finally be brought back into the long-dormant franchise. Alongside the incoming release of a brand-new film in the Tron universe, Disney is also gearing up for the franchise’s entry into Disney World with the debut of Tron Lightcycle Power Run, a high-speed roller coaster that will open in Spring 2023.

With the film still in its early stages of production, no official date for the Tron Ares has been revealed yet.