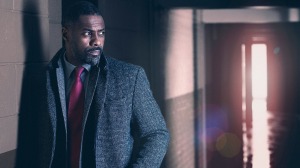 For years, we’ve known that Idris Elba has been trying to get a Luther movie off the ground, and now sources tell Collider that it’s closer to happening than ever before, as Season 5 helmer Jamie Payne has come on to direct the crime film for Netflix and the BBC.

Netflix had no comment. Giant Freakin’ Robot first reported that the streamer had boarded the Luther movie, which Collider had also been tracking.

Luther ran for five seasons on the BBC and cast Elba as DCI John Luther, a surly homicide detective with a brilliant mind. Elba will executive produce the Luther movie with screenwriter/series creator Neil Cross, and production could start as soon as this fall.

Should the project ultimately come to fruition, it would continue Elba‘s relationship with Netflix, which released Beasts of No Nation and Concrete Cowboys as well as the actor’s DJ series Turn Up Charlie. Elba also stars in the streamer’s all-Black western The Harder They Fall, which will be released later this year.

Netflix is no doubt thrilled to be backing an action-packed crime movie starring Elba, who stars in the upcoming DC movie The Suicide Squad and George Miller‘s next film Three Thousand Years of Longing. Elba, in turn, is surely excited to see the Luther movie moving forward, knowing that Netflix picks up projects with the intention of actually making them, rather than allowing them to languish in development for years like many studios. An original Luther movie would likely garner tens of millions of viewers on the service, and with that in mind, it’s safe to assume that the film’s budget will be significantly higher than two hour-long episodes of the series.

Payne is a veteran TV director who is no stranger to the Luther family, having directed Season 5 of the show, which consisted of four episodes. His other credits include Doctor Who, The Alienist, Outlander and Apple‘s upcoming sci-fi series Invasion. He’s represented by UTA and Independent Talent Group.